This week I’d like to recommend an interesting research article written by game audio director Rob Bridgett, entitled “Dynamic Range: Subtlety and Silence in Video Game Sound.” The article describes a crisis in the field of video game audio. The crisis stems from the desire of game audio practitioners to present a ‘cinematic’ audio experience, pitted against the trend of dramatically compressing the audio in order to maximize its perceived loudness. The article asserts that these two approaches are incompatible, and there is one portion of the article that particularly caught my attention.

Bridgett asks if a game will be considered “a cultural artifact,” and if so, “is it high art or is it pop art?” According to Bridgett, this determination should guide the game audio staff in terms of how compressed a game’s audio should be. High art (which Bridgett defines as a work of art designed to emulate a cinematic presentation) should employ a wide dynamic range, with little compression. Bridgett points out that Hollywood films are mixed with a wide dynamic range, and that this mixing tactic is the most effective approach for projects that fall into the ‘high art’ category. In contrast, ‘pop art’ (such as “party games or children’s games” according to Bridgett) will likely be played in more noisy environments and should therefore be more aggressively compressed so that the audio can compete with other sounds in the game play space. These games are experienced differently from ‘high art’ games, and their sound should reflect these differences, according to Bridgett’s article.

Using the artistic status of a video game as a determinant of how that game’s audio should be mixed is an interesting point of view, as well as a uniquely arresting one. The opportunity for discussion here is enormous. Is high art necessarily cinematic in nature? Some games that aren’t particularly interested in a cinematic presentation could be considered high art nevertheless (Echochrome springs to mind). On the other hand, a lot of games that are interested in a cinematic presentation don’t seem to be interested in becoming high art (such as Killer Is Dead). Yet, we can certainly point to supposedly ‘high art’ games that are tremendously cinematic (God of War) and ‘pop art’ games that are not (Mario Party 9). Should Mario Party 9 feel consistently louder than God of War?  Another question – should all cinematic presentations have a very wide dynamic range? For instance, some recent summer blockbuster films in the superhero genre have felt fairly compressed to my ears – but then, we might consider those to be more in the ‘pop art’ arena.

The idea of categorizing games by their status as cultural artifacts and then mixing their audio accordingly seems like a tremendously complicated subject. But I do like the idea of considering the basic nature of a video game and its intended audience before making decisions about its dynamic range. When so much discussion is going on regarding the creation of universal standards of dynamic range in the game industry, ideas like those proposed by Bridgett seem well worth discussing. The article is a fascinating read, and you’ll find it in the book, From Pac-Man to Pop Music, edited by Karen Collins. 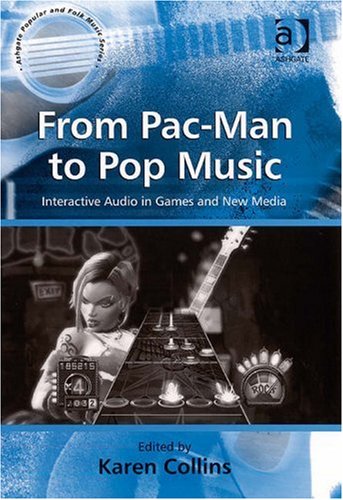 From Pac-Man to Pop Music: Interactive Audio in Games and New Media

2 responses to “What Should Be Louder – Pop Art or High Art?”