Welcome back to our three-part discussion of how video game composers (such as ourselves) can make strategy gamers smarter!  In these articles, we’re looking at ways in which our music can enhance concentration and tactical decision-making for players engrossed in strategic gameplay.  Along the way, I’ve been sharing my personal experiences as the composer for the Dragon Front strategy game for virtual reality.  Over the course of these articles we’ll be covering three of the top concepts that pertain to the relationship between music and concentration.  In part one, we discussed the concept of ‘music-message congruency,’ so if you haven’t read that article yet, please go check it out and then come back.

Are you back now?  Good!  Let’s move on to the second big technique for increasing the smarts of strategy gamers!

As video game composers, we create music in a wide variety of tempos designed to support the energy of play and the pacing of the game’s overall design.  From leisurely tracks that accompany unstructured exploration to frenetic pieces that support the most high-stakes combat, our music is planned with expert precision to shape the excitement level of players and keep them motivated as they progress.

In a game dominated by fierce action and awesome adventure, these kinds of tempo choices make perfect sense.  The pace of the music helps players explore territory, fight enemies, defeat challenges and become famous champions in the game’s fictional world. As video game music composers, we emotionally motivate players with our tempo choices, manipulating energy levels to drive players from one adrenaline-packed challenge to the next.  But how do we make tempo choices for a game driven primarily by studious concentration and strategic thinking?  Keeping players motivated is certainly an important part of our job as game composers, but when the chief activity of players revolves around such singularly focused decision-making, then we composers have to consider other factors besides emotion and motivation.  Does tempo influence cognition?  And if so, how does that influence our tempo choices as game composers?

It seems clear that we’ll need to consider our music in terms that go beyond the usual emotional and kinetic factors.  Fortunately, there’s ample data on the subject of the relationship between tempo and cognition, so let’s take a look at it! 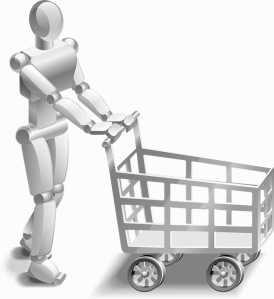 A lot of this research relates to the behaviors of shoppers in retail stores, including a study conducted by the HEC Montreal School of Management (published in the Journal of Business Research).  The researchers investigated whether certain aspects of in-store background music had the ability to enhance the cognitive activity of consumers.

For their experiment, the researchers brought in study subjects and showed them videos depicting sales pitches about popular travel destinations.  The sales pitches remained identical for all videos shown to the study subjects, but the background music in the videos varied principally by tempo.

Afterwards, the subjects were asked to write down everything that had passed through their minds while watching the sales pitch.  The results?  Subjects who had watched a video with a slow-tempo musical background reported a significantly elevated volume of thoughts and impressions regarding the sales pitch, indicating a heightened depth of cognitive processing.  The researchers concluded that “slow music tempo enhances brain alpha waves, which in turn, stimulates cognitive activity.”

While the above study showed an increased level of thinking as a result of slow-tempo musical accompaniment, it didn’t draw any conclusions about the merit of those thoughts.  As video game composers for a strategy/tactical game, we want our video game music to enhance the quality of player thinking, not just the quantity.  Can the tempo of music influence the caliber of cognition and lead to better ideas?

That idea was explored in a study presented this July in Toronto at the 18th International HCI Human-Computer Interaction conference.  The study (conducted by researchers from the National Taiwan University of Science and Technology) sought to investigate whether music tempo had any influence on the intellectual output of experienced designers who had been asked to generate sketches of new ideas.  While their brainstorming proceeded, the researchers played background music of varying tempo for the designers.

Interestingly, the amount of ideas produced by the designers was significantly higher when they were listening to fast-tempo music.  However, the ideas generated while listening to slow-tempo music were not only much more original, they were also more logistically feasible.  In other words, when listening to slow-tempo music, the quantity of ideas may have been lower, but the quality of those ideas was much higher.  Conversely, while fast tempos may have stimulated the designers to create lots of idea sketches, the quality of the thought process behind those ideas was significantly reduced. 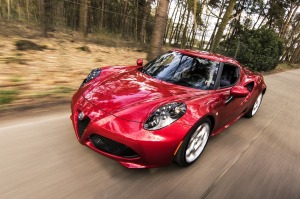 Speaking of which, let’s take a quick look at a study that expands on that idea, while investigating how music tempo can influence our thought process while we’re driving a car.  Certainly, listening to music while driving is pretty commonplace, and many people believe that music helps to keep them focused and alert while driving.  A study for the Elsevier journal Transportation and Research investigated whether that generally-held opinion has any actual scientific merit.  Putting study subjects into a driving simulator, the researchers played music of differing tempos during the simulation and observed the driving habits of the experimental subjects.  The results of the study were fairly conclusive: fast tempos consistently led to traffic violations, disregarded traffic signals and collisions.  Slow tempos supported competent and skillful driving.  So, if we’ve already determined that slow music enhances cognitive function, we can also consider the possibility that fast music reduces it.

Now let’s take a look at an example.  In my work as the composer for the Dragon Front game, I was aware that the vast majority of player time would be focused on careful decision making and tactical maneuvering.  However, the setting of the game was a broadly-epic, intense fantasy landscape populated by larger-than-life creatures and spectacular visual effects.  To remind us of the setting and narrative, let’s take another look at the release trailer for Dragon Front, featuring several music selections from the score I composed for the game:

As you can see from the trailer, the narrative structure of the Dragon Front game emphasizes fierce warfare on a grand scale.  How could all of this coexist with the measured and contemplative nature of strategic gameplay?

In the effort to reconcile these seemingly contradictory elements, I decided that all of the in-game music for Dragon Front should be written in tempos that were moderate throughout.  The video game music I composed for Dragon Front ranged in tempo from a solemnly intermediate march to a slow and deliberate pace.  None of the music included energetic tempos.  Considering that slower tempos result in better cognitive function, the idea of consistently using measured tempos during gameplay seemed the best option for supporting the thought-process of Dragon Front players.

Let’s check out that philosophy in action.  Here’s a video excerpt of gameplay capture from the Dragon Front VR game.  Notice the slow, deliberate tempo that sets the mood and facilitates decision making during play.

So now we’ve talked about two ideas that contribute to effective video game music for strategy/tactical games.  We’ve discussed how ‘music-message congruency’ can assist players in absorbing and remembering details during games, and we’ve looked at how ‘cognition-enhancing tempo’ can heighten the depth of cognitive processing and increase the quality of the ideas produced.  In the third and final article, we’ll discuss ‘tension-regulating affect’ and how it can both broaden our perceptual focus and elevate the quality of our learning.  Until then, please let me know your thoughts in the comments section below!

2 responses to “Video game composers can make you smarter! (The music of Dragon Front) Pt. 2”