I was pleased to give a talk about composing music for games at the 2016 Game Developers Conference (pictured left).  GDC took place this past March in San Francisco – it was an honor to be a part of the audio track again this year, which offered a wealth of awesome educational sessions for game audio practitioners.  So much fun to see the other talks and learn about what’s new and exciting in the field of game audio!  In this blog, I want to share some info that I thought was really interesting from two talks that pertained to the audio production side of game development: composer Laura Karpman’s talk about “Composing Virtually, Sounding Real” and audio director Garry Taylor’s talk on “Audio Mastering for Interactive Entertainment.”  Both sessions had some very good info for video game composers who may be looking to improve the quality of their recordings.  Along the way, I’ll also be sharing a few of my own personal viewpoints on these music production topics, and I’ll include some examples from one of my own projects, the Ultimate Trailers album for West One Music, to illustrate ideas that we’ll be discussing.  So let’s get started!

END_OF_DOCUMENT_TOKEN_TO_BE_REPLACED

I’m pleased to share some news about one of my recent projects: music composition for the Ultimate Trailers album from West One Music.  The album is described by West One Music as “hard-hitting epic action trailer cues including electronic and rock hybrids and orchestral action.”  West One Music is one of the leading recording labels for production music that graces audiovisual productions around the world.

Music from the album will be available for use in television and film productions, so I’m looking forward to seeing my music appearing in lots of interesting projects!  Here are some photos from the orchestral recording sessions for the Ultimate Trailers album.  My music was recorded by the Alvernia Orchestra – some of their other film projects have been Free Willy: Escape from Pirate’s Cove and Closer to the Moon. 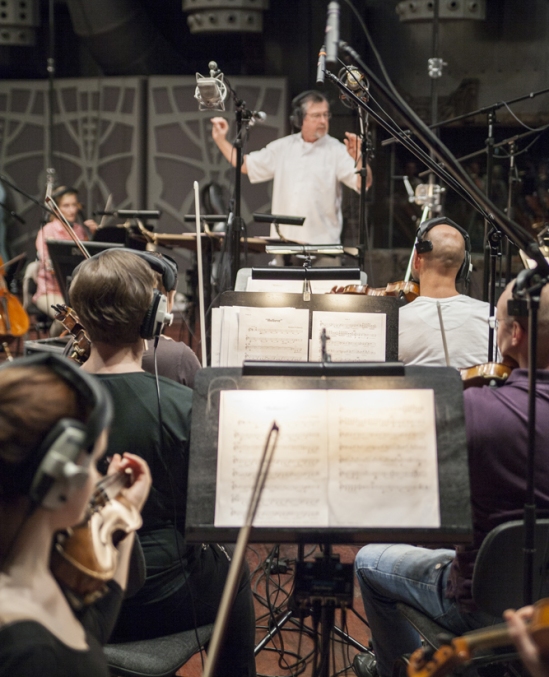